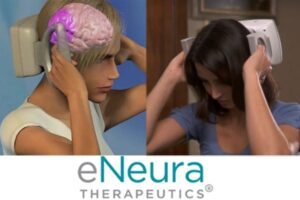 The Food and Drug Administration (FDA) has granted marketing clearance for eNeura’s single-pulse transcranial magnetic stimulation (sTMS) device for use in patients ≥12 years for the acute and prophylactic treatment of migraine.
sTMS is a non-invasive device that was initially cleared by the FDA in 2017 for acute and preventive treatment of migraine in adults. Approval in younger patients was partly supported by data from the ESPOUSE Study.
“Until now, children have had very few safe and effective options for the treatment and prevention of migraine. Typically, migraine patients, including children, have had to use combinations of pharmaceutical products, each with potentially unpleasant and often disabling side effects, to prevent headache and treat acute headache attacks,” stated Dr David K Rosen, President and CEO of eNeura.

The device is placed at the back of the patient’s head where a forced magnetic pulse is delivered to treat an acute attack or to prevent a future migraine onset. The sTMS technology induces a mild electric current that can depolarize neurons in the brain. This mechanism is thought to interrupt the brain hyperactivity associated with migraine.  Clinical data have shown the device to be comparable in efficacy to migraine medications.

HOW DOES IT WORK?

As Dr. Grosberg explained during the Migraine World Summit, “Transcranial magnetic stimulation occurs when a magnetic charge essentially is created near the scalp that leads to development of a small electrical current with the brain. If the electrical current that’s created is of sufficient size, duration, location, then that can change the firing pattern and excitability of nerve cells in the brain and either stop or prevent the migraine headache.”

HOW EFFECTIVE IS IT?

In a study presented by Amaal Starling, MD, at the April 2017 American Academy of Neurology conference, 132 subjects were observed for four months – one month of baseline headache frequency and three months of treatment with the sTMS device. The treatment protocol consisted of both preventive treatment (4 pulses twice daily) and acute treatment (3 pulses at 15 minute intervals repeated up to 3-times for each attack) . 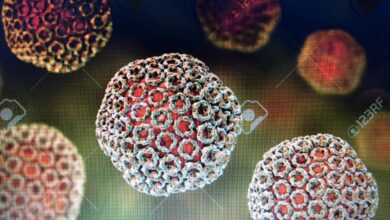 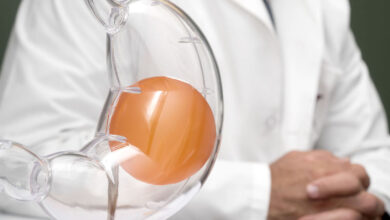