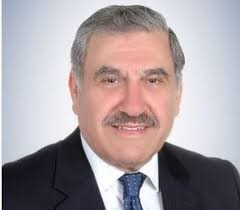 for Intellectuals & Academics referred to the decision of the European Court of Human Rights. The decision was that abuse of the Prophet Muhammad cannot be included in the freedom of expression.  I thought that expanding on the case might be useful on the basis of “thinking aloud”.

Freedom of opinion and belief is one of the basic human rights protected in international law, but are explicitly stipulated in the constitutions and laws of most countries, including Islamic and Arab. One of the difficulties in this area is the application of this freedom.  For example, the Islam does not permit a Muslim to renounce Islam (RIDDAH), and thus freedom of belief becomes questionable. There is also the aggression against the religion or rituals of others, and the need to provide protection to both parties. Muslims for example believe that the sacred texts of Christianity and Judaism are distorted.

The difficulty of dealing with disdain and insulting a belief and its symbols is manifest.   This is not limited to the Abrahamic religions, but applies to relations between and with other religions and philosophies.

In my opinion,  it is certain, that there is hostility to Islam and Muslims in the majority of European countries since the Crusades for reasons not only religious but racist.  It is useful for us Muslims to understand that there are huge numbers of Europeans and Americans who no longer believe in religions (all religions including Christianity).  Thus their disrespect to Islam is not limited to Islam, but also to their religion. In my view there are social and cultural factors that divide us so the motive for hostility sometimes is irrelevant to religion.

This introduction may be useful for understanding the decision of the European Court of Human Rights.

issued by the Registrar of the Court

In today’s Chamber judgment in the case of E.S. v. Austria (application no. 38450/12) the European Court of Human Rights held, unanimously, that there had been:

No violation of Article 10 (freedom of expression) of the European Convention on Human Rights.

The case concerned the applicant’s conviction for disparaging religious doctrines; she had made statements suggesting that Muhammad had had paedophilic tendencies.

The Court found in particular that the domestic courts comprehensively assessed the wider context of the applicant’s statements and carefully balanced her right to freedom of expression with the right of others to have their religious feelings protected, and served the legitimate aim of preserving religious peace in Austria. It held that by considering the impugned statements as going beyond the permissible limits of an objective debate, and by classifying them as an abusive attack on the Prophet of Islam which could stir up prejudice and threaten religious peace, the domestic courts put forward relevant and sufficient reasons.

The applicant, E.S., is an Austrian national who was born in 1971 and lives in Vienna (Austria).In October and November 2009, Mrs S. held two seminars entitled “Basic Information on Islam”, in which she discussed the marriage between the Prophet Muhammad and a six-year old girl, Aisha, which allegedly was consummated when she was nine. Inter alia, the applicant stated that Muhammad “liked to do it with children” and “… A 56-year-old and a six-year-old? … What do we call it, if it is not paedophilia?”.

On 15 February 2011 the Vienna Regional Criminal Court found that these statements implied that Muhammad had had paedophilic tendencies, and convicted Mrs S. for disparaging religious doctrines. She was ordered to pay a fine of 480 Euros and the costs of the proceedings. Mrs S. appealed but the Vienna Court of Appeal upheld the decision in December 2011, confirming in essence the lower court’s findings.

Complaints, procedure and composition of the Court

Relying on Article 10 (freedom of expression), Mrs S. complained that the domestic courts failed to address the substance of the impugned statements in the light of her right to freedom of expression. If they had done so, they would not have qualified them as mere value judgments but as value judgments based on facts. Furthermore, her criticism of Islam occurred in the framework of an objective and lively discussion which contributed to a public debate, and had not been aimed at  defaming the Prophet of Islam. Lastly, Mrs S. submitted that religious groups had to tolerate even severe criticism.

The application was lodged with the European Court of Human Rights on 6 June 2012.

Decision of the Court

The Court noted that those who choose to exercise the freedom to manifest their religion under Article 9 of the Convention could not expect to be exempt from criticism. They must tolerate and accept the denial by others of their religious beliefs. Only where expressions under Article 10 went beyond the limits of a critical denial, and certainly where they were likely to incite religious intolerance, might a State legitimately consider them to be incompatible with respect for the freedom of thought, conscience and religion and take proportionate restrictive measures. The Court observed also that the subject matter of the instant case was of a particularly sensitive nature, and that the (potential) effects of the impugned statements, to a certain degree, depended on the situation in the respective country where the statements were made, at the time and in the context they were made. Accordingly, it considered that the domestic authorities had a wide margin of appreciation in the instant case, as they were in a better position to evaluate which statements were likely to disturb the religious peace in their country.

The Court reiterated that it has distinguished in its case-law between statements of fact and value judgments. It emphasised that the truth of value judgments was not susceptible to proof. However, a value judgment without any factual basis to support it might be excessive.

The Court noted that the domestic courts comprehensively explained why they considered that the applicant’s statements had been capable of arousing justified indignation; specifically, they had not been made in an objective manner contributing to a debate of public interest (e.g. on child marriage), but could only be understood as having been aimed at demonstrating that Muhammad was not worthy of worship. It agreed with the domestic courts that Mrs S. must have been aware that her statements were partly based on untrue facts and apt to arouse indignation in others. The national courts found that Mrs S. had subjectively labelled Muhammad with paedophilia as his general sexual preference, and that she failed to neutrally inform her audience of the historical background, which consequently did not allow for a serious debate on that issue. Hence, the Court saw no reason to depart from the domestic courts’ qualification of the impugned statements as value judgments which they had based on a detailed analysis of the statements made.

The Court found in conclusion that in the instant case the domestic courts carefully balanced the applicant’s right to freedom of expression with the rights of others to have their religious feelings protected, and to have religious peace preserved in Austrian society.

The Court held further that even in a lively discussion it was not compatible with Article 10 of the Convention to pack incriminating statements into the wrapping of an otherwise acceptable expression of opinion and claim that this rendered passable those statements exceeding the permissible limits of freedom of expression.

Lastly, since Mrs S. was ordered to pay a moderate fine and that fine was on the lower end of the statutory range of punishment, the criminal sanction could not to be considered as disproportionate. Under these circumstances, and given the fact that Mrs S. made several incriminating statements, the Court considered that the Austrian courts did not overstep their wide margin of appreciation in the instant case when convicting Mrs S. of disparaging religious doctrines. Overall, there had been no violation of Article 10.